In the broad category of "Alternative" medicine -- as distinct from science-based medicine -- are certain New Age beliefs and practices. The term "New Age" itself loosely refers to such concepts as human transcendence, expanded consciousness, and mystical healing -- with New Agers often appropriating such scientific terms as "energy" for their pseudoscientific promotions of "auras," ESP, past lifetimes, spirit communication, and so on. Guardian angels represent one fad, with New Agers often saying that they are not so much religious as "spritual." In the field of medicine/healing they tend to embrace such practices as Reiki, aromatherapy, crystal healing, and the like. 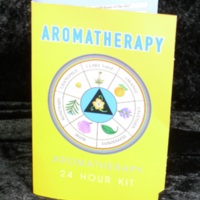 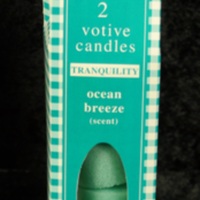 With merely "scented" candles now being a thing of the past, this set of aromatherapy candles provides another way to lighten one's olfactory mood. 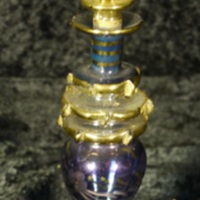 Shown here is a hand-blown fragrance bottle from Egypt that has been decorated with 24-K gold. 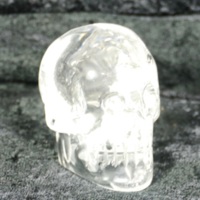 This Brazilian quartz crystal has been fashioned into a Memento Mori (a reminder of death) skull shape. 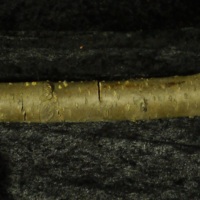