From ancient times sea serpents and other strange oceanic beings have been reported by eyewitnesses -- sailors on ships or other persons looking out to sea. And in lakes around the world -- from Lake Okinogen in British Columbia, Canada, to Scotland's Loch Ness -- come reports of creatures that continue to elude science.

While the seal maidens of the Celts, who could supposedly transform themselves from women to seals and back again, are largely and appropriately consigned to myth and legend, a possible "Maremaid" sighted in Newfoundland waters in 1610 may well have been a Harbor Seal. Again, descriptions of some lake creatures seem to tally with otters swimming in a line. What is needed is for specific reports to be thoroughly investigated with the view of solving them. They are a matter for science, not mere belief or dismissal.

Items in the Lake and Sea Monsters Exhibit Collection 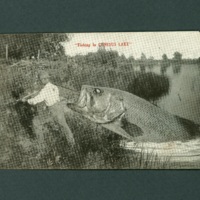 Novelty postcards like this one were common in the first part of the twentieth century and were produced by a photomontage technique -- a composite consisting, in this case, of an enlarged picture of a fish superimposed onto a lake scene so as to… 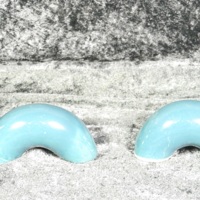 The fabled creature that supposedly inhabits Scotland's Loch Ness, known affectionately as "Nessie," is shown here in a four-piece ceramic model. An import item, it was manufactured by Highland China in Scotland. The classic plesiosaur portrayal… 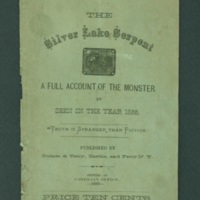 In 1855, at Silver Lake in Wyoming County, New York, a giant serpent-like monster was sighted by several eyewitnesses. In time the events were branded a hoax and attributed to a local hotelier who allegedly created the monster from wire and canvas,…