Chiropractic (from the Greek words meaning "manually effective") is a method of treating disease by means "spinal adjustment."  Founded in 1895 by Daniel David Palmer -- one-time grocer and fish vendor of Davenport, Iowa -- chiropractic has been called the "greatest of American medical follies" (others being homeopathy, naturopathy, and osteopathy -- all four having been founded by pseudoscientists). (See Martin Gardner, Fads & Fallacies in the  Name of Science, 1957.)

Palmer first discovered he could effect cures by "animal magnetism" (the effects of which are known to be essentially those of suggestion).  He later borrowed heavily from osteopathy (another method of spinal manipulation), both methods being originally predicated on the existence of "subluxations of the vertebrae" - small dislocations which supposedly prevented the body from producing curative agents.  According to Martin Gardner (p. 200): "Actually, subluxations are as elusive as the canals on Mars.  Only believers are able to locate them.  Other doctors consider them entirely mythical."

Today's chiropractors (and osteopaths) often successfully treat back pain, but there are potential dangers, including the risk of stroke due to cervical spine manipulation.  (For a discussion, see this article by a retired chiropractor: Samuel Homola, "Chiropractic: Does the Bad Outweigh the Good?" Skeptical Inquirer, January/February 2001, pp.50-53.) 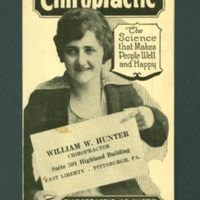 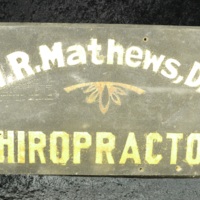