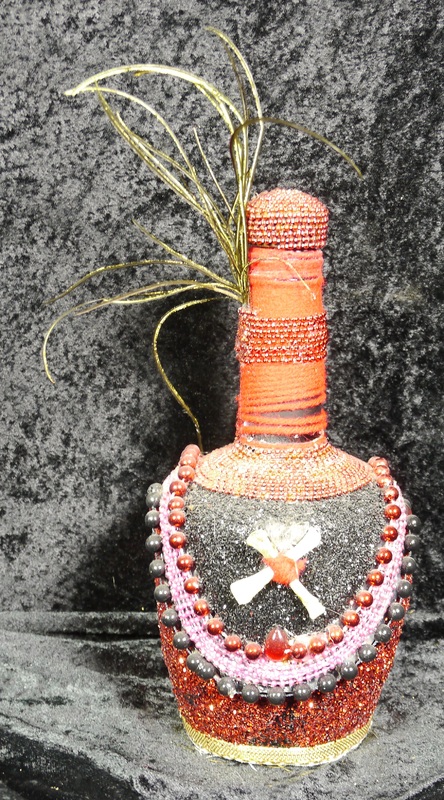 Voodoo (or Vodou) is a set of supernatural beliefs and practices found in portions of Africa and the New World, including parts of South American and the West Indies, notably Haiti.  A mixture of Roman Catholicism and African polytheistic magic, it includes belief in loa, spirits that interact with humans, some of which are identified with Catholic saints.  At ceremonies, the priest or priestess invokes the loa who may seemingly possess members of the vodou congregation.

The altar of a vodou temple is typically a stepped structure loaded with such varied objects as a cross, candles, a skull, sacred stones, a magic rattle, a picture of the Virgin, dolls, a little coffin, offerings of food and bottles of rum, and other items that give it baroquely ornate character.  Smaller home altars are similarly bedecked. 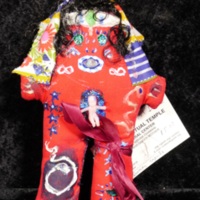 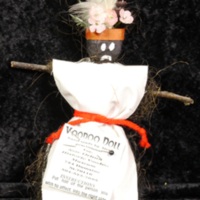 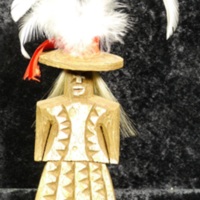 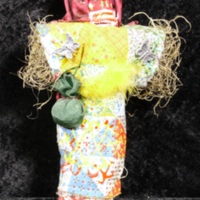 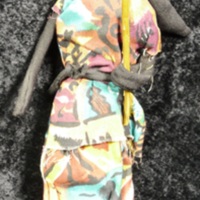 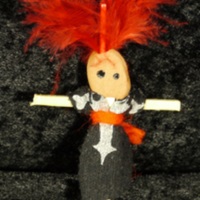 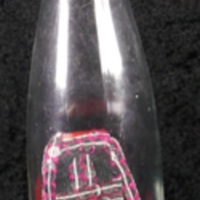