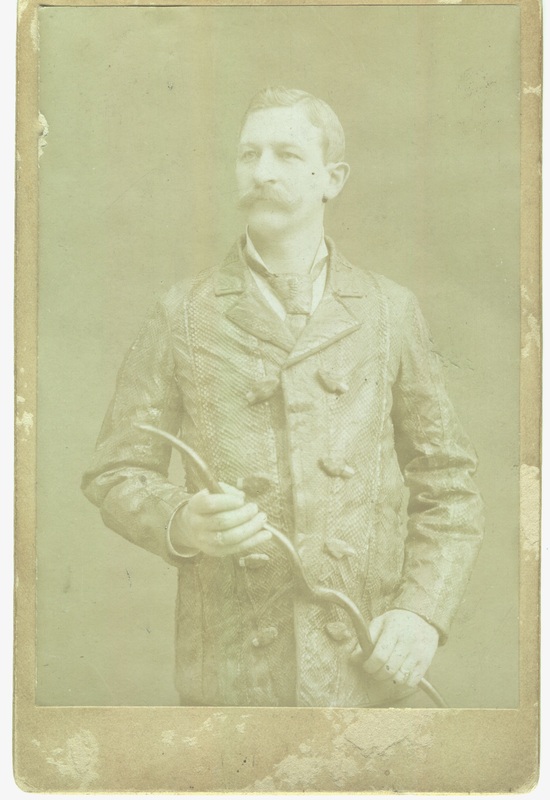 Rattlesnake Pete was born Peter P. Gruber during 1857 in Oil City, Pennsylvania.  His parents immigrated from Bavaria to Oil City where his father, Joseph, ran a saloon.  Rattlesnake Pete moved to Rochester in 1892 and brought with him 25 of his "pet" snakes.  When he reached Rochester, he opened up a combination restaurant, which was later called "The Greatest Curiousity in the City."  Some people called it a cross between a saloon and a museum of curiosities, partly because of his collections of oddities displayed there.  He used to hang old bones, saddles, guns, ropes, and other odd items from his ceiling, while his collection of rattlesnake skins from his hunting days hung on the walls.  Other oddities found in his restaurant were a stony corpse of a "petrified female," a pipe which allegedly belonged to John Wilkes Booth, and the "first" electric chair.

When Pete went out on snake hunts, he used to invite the curious to join him, and he would treat any number of ills with snakes.  When a black snake curled around the neck of an individual suffering from goiter, it became one of the most curious treatments.  The snake, asserted Pete, would constrict the neck and massage the goiter, which brought relief.

In Pete's later years (he died in 1932), he would go out in his red Rambler, which was adorned with two brass snake hood ornaments.  He would also dress in outfits made of rattlesnake skin.

It was said that he had an appreciation for mechanical musical instruments and he claimed to own a number of them throughout his career.  He once said in a 1912 Wurlitzer testimonial that he created (in 1894) an American mechanical music milestone - the first nickel-in-the-slot piano. 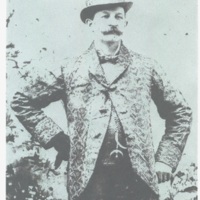 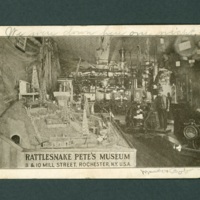 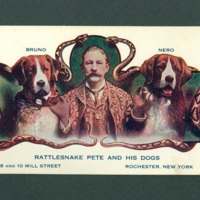 Rattlesnake Pete and His Dogs