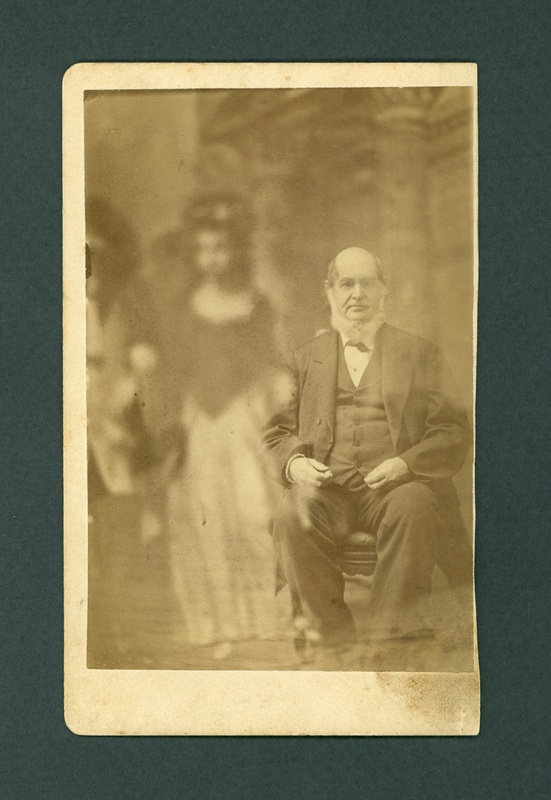 In addition to slate writing, spirit paintings, and other "materializations," "spirit photographs" were also produced by spiritualists. Curiously, the ethereal entities did not appear during the early period of photography (beginning in 1839): there were no spirit daguerreotypes, ambrotypes or early tintypes. Indeed, not until double exposures were made possible by the advent of photographic paper prints from glass-plate negatives, did the spirits choose to make their photographic debut.

This occured in 1861 when a Boston photographer named William H. Mumler discovered that "extras" could appear in a photo if the glass plate were a recycled one with a residual image. Spiritualism by then being all the rage, Mumler began to produce "spirit photographs" for credulous sitters, including— after the assassination of her husband— Mary Todd Lincoln. Eventually Mumler was exposed when it was discovered that some of the alleged spirits in his photos were still-living Bostonians!

There were— and are— many ways to produce fake spirit photos in addition to double exposures. One technique was used in earlier times when long exposures were necessary. A suitably garbed assistant would slip from behind a curtain, stand briefly, then disappear again— this taking place behind the unaware sitter who was intent on remaining motionless. The result would be a faint, transparent "spirit" image beside the solid posed figure. 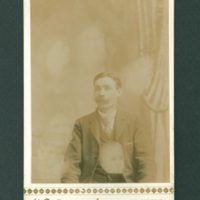 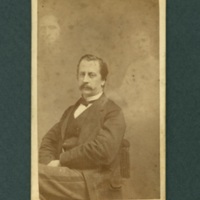 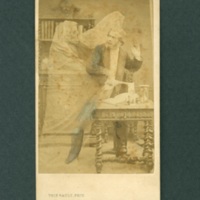 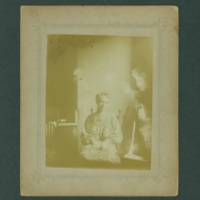 Spirit Guides of a Medium