Following the advent of modern spiritualism in 1848, people began to try various means of supposedly communicating with the dead: table tipping (whereby people placed their hands on a lightweight table and “willed” it to tip, the number of times indicating the letters of the alphabet), automatic writing (including use of a planchette—or “little board”—with a pencil affixed), and other means.

In 1886 a new phenomenon called the “talking board” appeared, whereby people placed their fingertips on a planchette which mysteriously moved to point to letters and words printed on the board’s surface. A similar device was patented on February 10, 1891, by Elijah J. Bond who assigned the rights to Charles W. Kennard and William H.A. Maupin. Bond had given the new board the name Ouija (an “arbitrary or fanciful word” according to its U.S. trademarks specification of February 3, 1891, which stated it had been “used continuously in the business since July 1, 1890”).

Kennard soon dropped out of the Ouija Novelty Company and a decade later, in 1901, an employee named William Fuld took the helm. Fuld (1870–1927) claimed to have invented the board, but his version simply had a different planchette design and was patented after Bond’s, on July 19, 1892. He said the name came from the fusion of the French and German words for “yes.” There were many knock-offs, and Fuld himself marketed a cheaper board , the Oracle. Artistic imitations flourished in the 1940s and after. Fuld’s heirs sold his patent to Parker Brothers in 1966.

As a rule, the talking boards were made of increasingly cheaper materials (from quality wood to veneer-covered wood and plywood, to masonite, to cardboard—the latter with plastic planchettes), while conversely, the printing on the boards constantly improved (from simple stenciling to silk screening to fine color printing).

The various table and planchette movements—along with automatic writing itself and even the movements of dowsing rods—are due to the psychological phenomenon called the ideomotor effect, that is, by the involuntary muscular motion of the hands of the players (the very wording of Fuld’s patent). 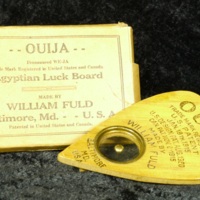 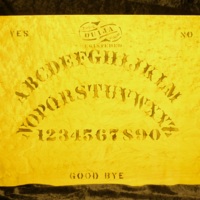 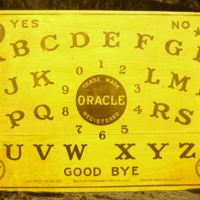 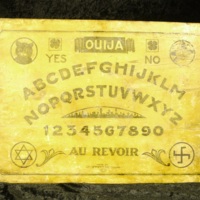 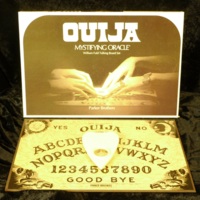 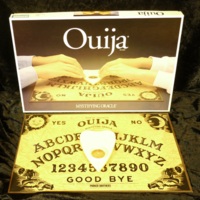 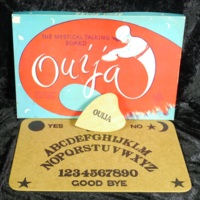 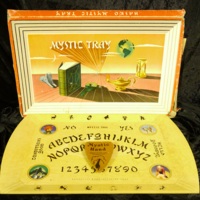 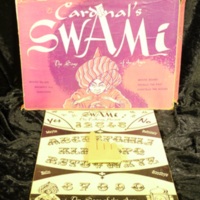 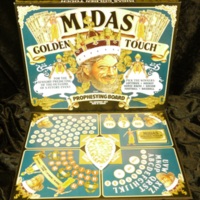